Our school year comes to an end every December and we set aside one of the last days in the week before Christmas for our Christmas Party. On this day we have an award ceremony in which the students are recognized for different outstanding performances, drama presentations are staged, there are choral performances, and many fun games and activities. Santa called ‘father christmas’ comes with many wonderful gifts for the children to cap the ceremonies for this activity.

“We Ring the Bell" at Open Doors Special Education Centre. We joined school children all over the world as part of an initiative supported by Lilian Fonds International, a disability advocacy group to make a lot of noise at 12 noon March 22 for one minute. This year’s We Ring The Bell is the second event in which Open Doors has participated. Our Message:ALL CHILDREN WITH DISABILITIES HAVE A RIGHT TO EDUCATION. 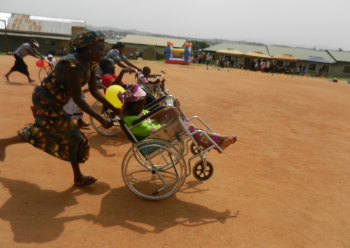 This is a special feature in Open Doors sporting activities. It takes place on two different occasions, at Special Olympic competitions and at the Funfair on Children’s Day. The kids race on the wheelchairs as shown in the pictures, against themselves but pushed and aided by their nannies or other assistants. This is line with the spirit of the Special Olympics: making the attempt to contest even if we can not win. It also provides the children on the wheel chairs with the oppotunity to know what it feels like to compete in sports. 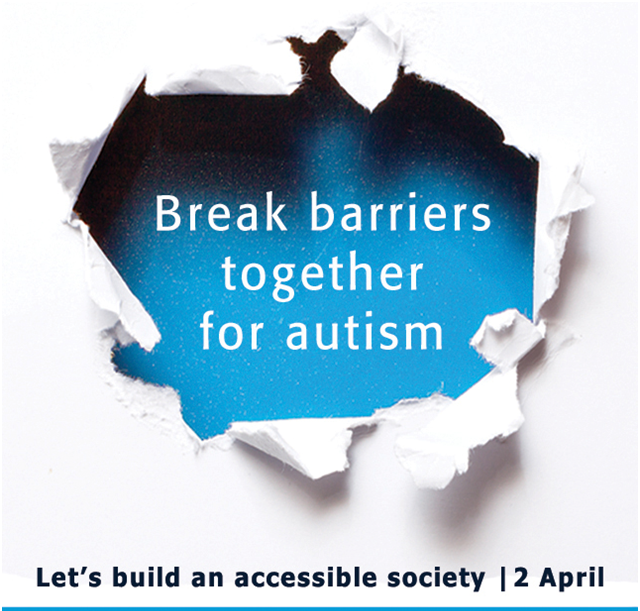 This is an internationally recognized day on the 2nd day of April every year, encouraging member states of the United Nations to take measures to raise awareness about children and persons with autism throughout the world. It was designated by the United Nations General Assembly resolution “62/139. World Awareness Day”, passed in the council on November 1, 2007, and adopted in December 18, 2007 and adopted by all member states. World Autism Day is also one of only four official health-specific UN Days. The day itself brings individual a utism organizations together all around the world to aid in things like research, diagnoses, treatment, and overall awareness for those with the disorder.
World Autism Awareness Day 2017: As part of a long-running awareness campaign to be launched on World Autism Awareness Day 2017, Autism-Europe will be focusing on the theme “Break barriers together for autism – Let’s build an accessible society”. Autistic people and their families face many barriers to enjoying their full rights. The aim of this campaign is not only to understand what barriers to inclusion autistic people are up against, but also to identify how we all, as a society, can work together to overcome and remove them.

World Down Syndrome Day (WDSD) is observed on March 21. On this day, people with Down syndrome and those who live and work with them throughout the world organize and participate in activities and events to raise public awareness and create a single global voice for advocating for the rights, inclusion and wellbeing of people with Down syndrome. Down syndrome is a naturally occurring chromosomal arrangement that has always been a part of the human condition, being universally present across racial, gender or socio-economic lines, and affecting approximately 1 in 800 live births, although there is considerable variation worldwide. Down syndrome usually causes varying degrees of intellectual and physical disability and associated medical issues.

World Cerebral Palsy Day is observed annually on the first Wednesday of October. Managed by a group of non-profit Cerebral Palsy (CP) organizations called the World Cerebral Palsy Initiative, the day raises awareness about CP and brings attention to the specific needs of those living with this complex physical condition. The first World CP Day campaign was called 'Change My World in 1 Minute'. The project sought ideas from the global community of people with CP for technologies and products that needed inventing - that had the potential to 'change the world' for people living with CP.

Here in Open Doors, a staff member Uchenna Madueke who has lived with CP all her life inaugurated an annual Meeting of Families of Children with Cerebral Palsy. This year’s meeting is billed tentatively for 21st May, 2017.

Children's Day is recognized on various days in many places around the world. It celebrates children globally. Children's Day was begun on the second Sunday of June in 1856 by the Reverend Dr. Charles Leonard, pastor of the Universalist Church of the Redeemer in Chelsea, Massachusetts: Dr. Leonard held a special service dedicated to, and for the children. Dr. Leonard named the day Rose Day, though it was later named Flower Sunday, and then Children's Day, Children's Day was first officially declared a national holiday by the Republic of Turkey in 1929 with the set date of 23 April. Children's Day has been celebrated nationally since 1923 with the government and the newspapers of the time declaring it a day for the children.In Nigeria it is celebrated on the 27th of May every year.

In Open Doors it is indeed a special funfare day for the children. The children ride horses, play in bouncy castles, run sack races, paint their faces and play many exotic and fun games. You may want to contact us for information on this year’s event or show your support and solidarity for these children go to... 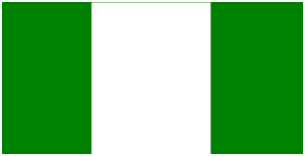 Nigeria National Day (Independence Day) is a public holiday and a time of great patriotic fanfare, which serves to unite the highly diverse people of Nigeria around a common cause. The holiday is also sometimes referred to as “Independence Day”. In Open Doors we celebrate the day by engaging in a march past of all the children. We make our little paper flags and wave them around during the procession while we sing the national anthem and recite the ‘National pledge’

Democracy Day:Every on May 29 Open Doors Join millions of other children and adult Nigerians to commemorate Nigeria’s return to civil rule after a long military period in 1999. There is no special programme organised by the school on this day as it is a public holiday and we stay at home but it is a day we remember on our calendar.